When can I take my well-deserved sailing vacation and spare time to escape from the fast paced world? This is actually the first question, before you start planing your vacation. If you already decided to choose Croatia as a this year's sailing destination for your holiday, then your only concern is - when?  Here are some first-hand tips before booking your trip. The first thing to do is consider these 3 basic factors: The Budget, The Expectations and The Weather.

Before taking your sailing trip first consider these 3 factors

A private sailing trip  - the ultimate freedom on your holidays

If your vacation plan is to hire a private yacht charter in Croatia, you will probably wish to stay far away from crowds and tourist dense areas in the company of your close ones. Taking a smooth sailing trip to visit typical Mediterranean fishing villages, anchoring in quiet secluded bays, having a nice dinner 3 feet from the sea and swimming in wonderful bays, is just a taste of what you are  about to experience on a private Croatia sailing tour.

Hire a  skippered or crewed charter

To hire a skippered or crewed charter is the most relaxed option for a newbie. Navigating among hundrds tiny Adriatic islands, can be quite a challenge even for an experienced sailor. Croatian skippers are mostly communicative, flexible, sociable and very warm guys that know the area you are about to sail. When you hire a local skipper you also get a tour guide and someone who can help you with the route planning. Sailing adventure will be extra interesitng if you sail as a local.

Choose your sailing season carefully and adjust tour to your skills

If you own a ICC boating license,  you can also hire a bareboat charter within shoulder season (May, October). But if you plan to sail with kids, I highly recommend taking your trip in summer months. The final decision might also depend upon the budget. If you are an adventure seeker or an "old salt" looking for more action at sea you might also like activity holiday itinerary. 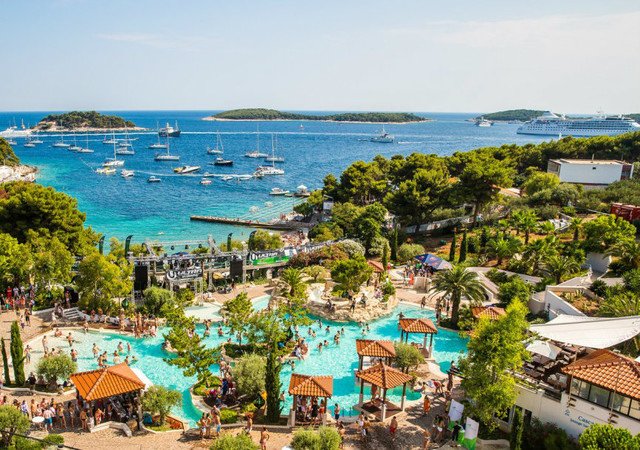 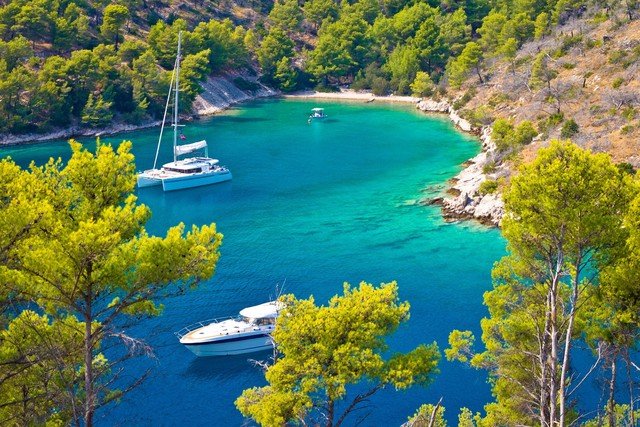 Croatian coast has most favourable yacht rental prices on Mediterranean

Croatia is still considered to be one of the cheapest sailing destinations in Europe. And there always a boat to fit within your budget. Considering the price, a yachting holiday is compareable compared to many other summer vacation prices for example - one week in a 4-star hotel. But instead of a hotel, you get the "apartment that moves and floats" with a far better view.

Yacht prices and private Croatia sailing trips can be considerably cheaper during the off season in April or May until the middle of June. Peak of the season is in July and August until middle September. The prices in general reach its top between middle of July until middle of August.

Sailboat rental prices in Croatia within the peak season

Yacht prices in June or September are app. 25% lower. Add extra 25-50% for premium line yachts. For the exact pricing, please send the inquiry to a reliable yacht charter agency in Croatia. 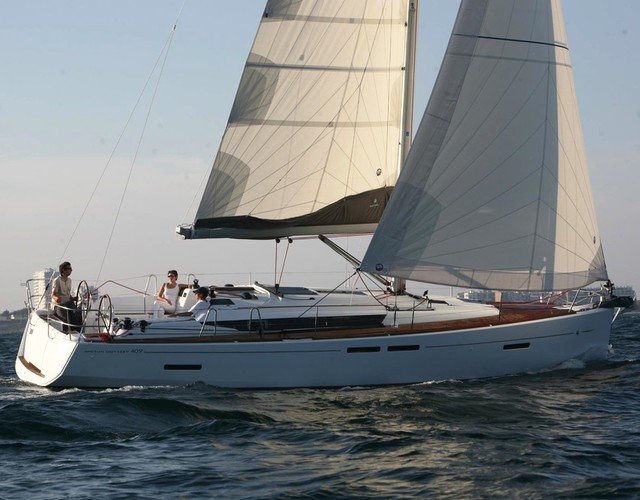 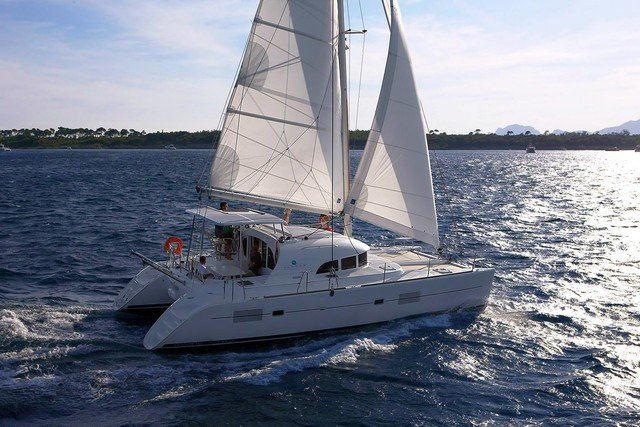 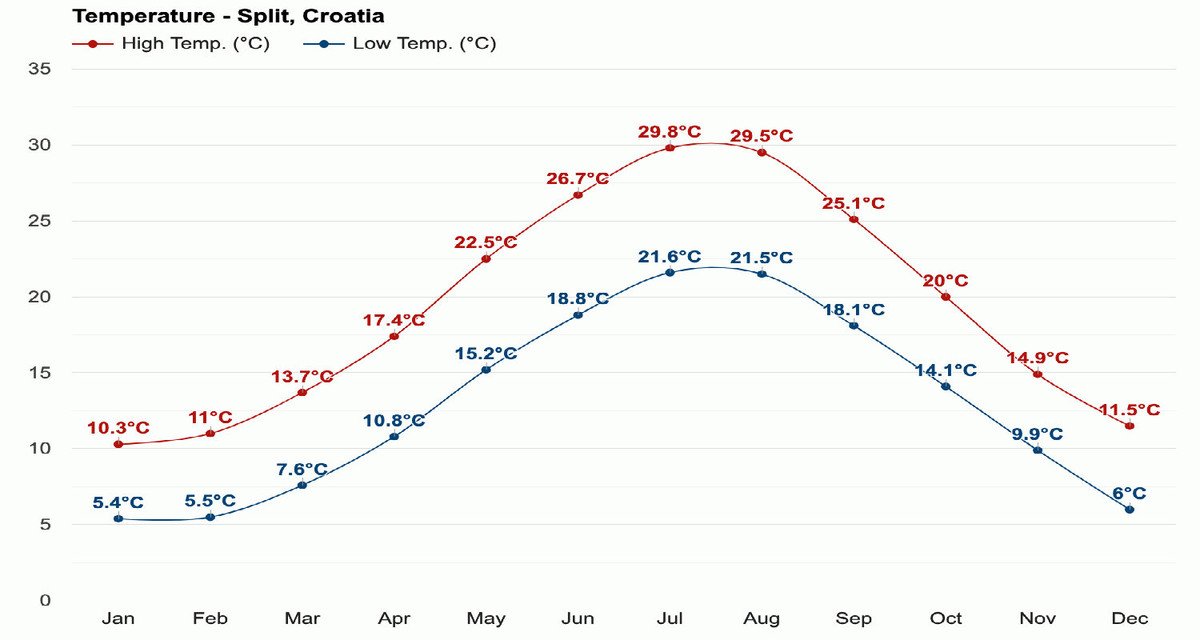 Croatia weather is pretty much the same as everywhere else in the east Mediterranean (Italy, Greece). The forecast for the region you are about to visit plays the main role when you are considering of setting the date. If you prefer basking, swimming in warm sea, then take your sailing trip in summer.  "There is approx. 315 sunny days at the coast in a year"

The temperatures on Adriatic also vary from north to south. In northern parts (Istria, Kvarner) it can be extremely hot during summer months with light winds and average 2-3 strong storms a month. More to the south, a passing summer storm is less likely. Plus, there is always constant moderate wind blowing in Dalamatia through July and August.

As the temperature in Spring rises, so does the sea temperatures. Anchoring your sailboat in a nice cove is a perfect opportunity to take a dive. In the beginning of June - just go for it.

Most pleasant temperatures are in June and Spetember

If you are sensitive to heat, then you should consider taking your trip in April, May, September or October. Air temperature during the daytime in April and May can easily reach over 25o (77F). However, the sea temperature is still a bit cold - between 15-20o (70F).

The peak season stretches between middle of June and middle September. The mercury is at consistent 30o (87F), often peaking well into the 40o (104F). Pushing towards Autumn temperature drops to the mild 25-30 (77-86F). The sea can hold pleasant 20o until end of October.

Adriatic weather can be quite tricky though. Mostly due to the closeness of mountain barriers, a light summer NW "Maestral" breeze from the seas, can easily turn into near gale force "Bora" winds (NE) blowing from mainland. There is always weather warning issued beforehand, so that you can find a safe shelter in time. Here's the tip how to make the ultimate sailing packing list. 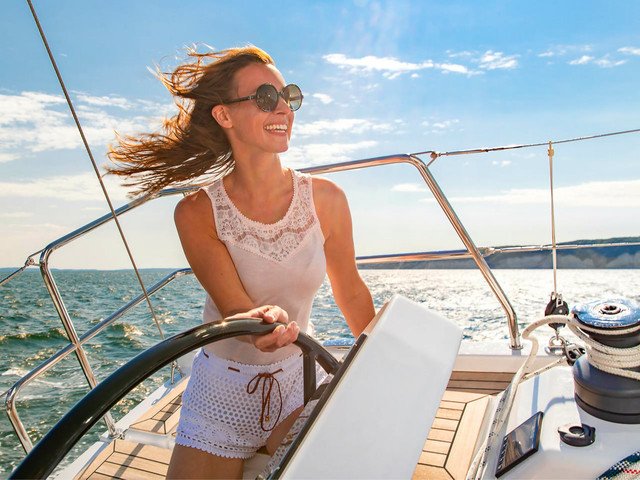 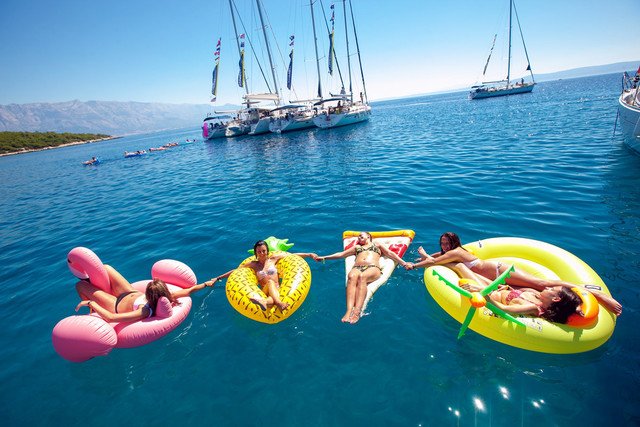 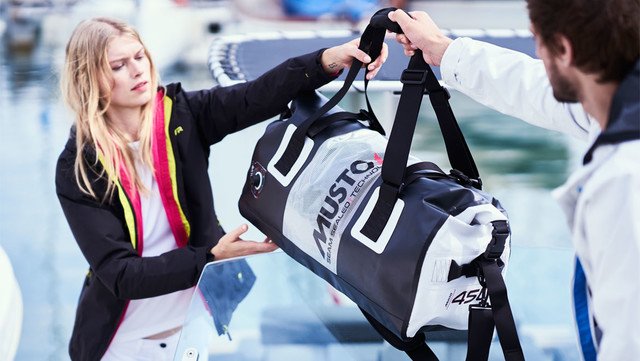 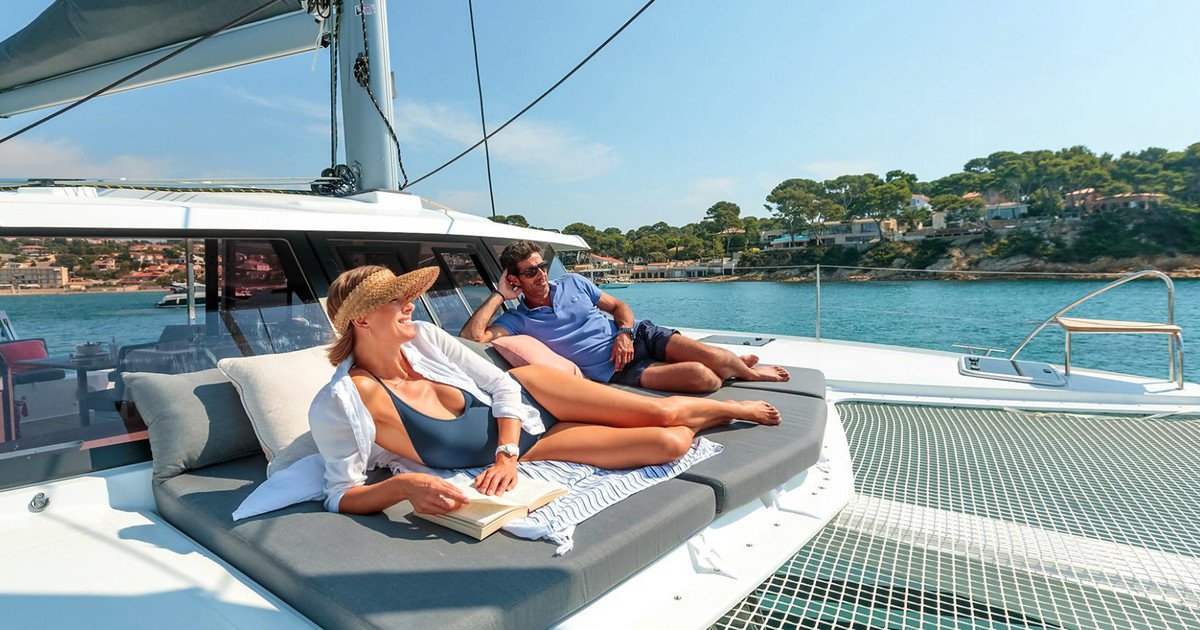 Basically high summer in Croatia might be busy, but the weather is simply glorious. Considering the Croatia weather conditions, you will hit the spot, if your book the trip in July or August. The streets might be crowded, traffic heavy, but you will forget all that as quickly as you set sail and feel the warm summer breeze.

Although it might get hot, during the day, there is always enough wind to cool you down. Despite the fact that it might get bit crowded in marinas and restaurants, you can always find a quiet place to anchor.

Considering all the factors, my personal choice is June. Croatia weather in September is a skippers delight, with bit stronger winds and lower air temperatures, but if you are a novice sailor looking for a relaxed sailing holiday with no stress and easy sailing, take your trip in June, July or August.

Pros and cons for Sailing Croatia in June 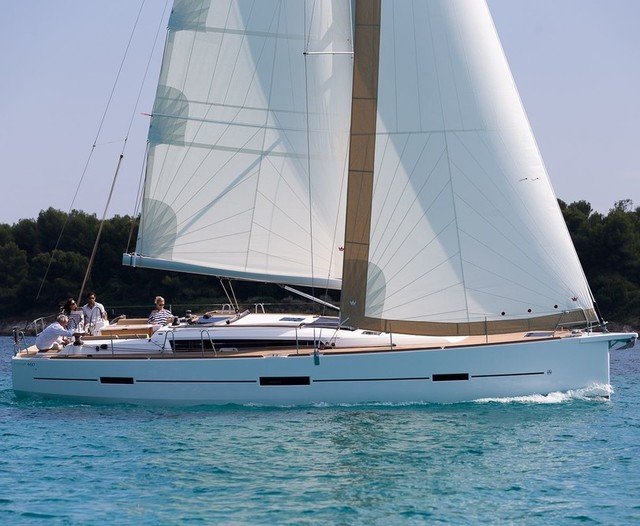 Pros and cons for Sailing Croatia in September 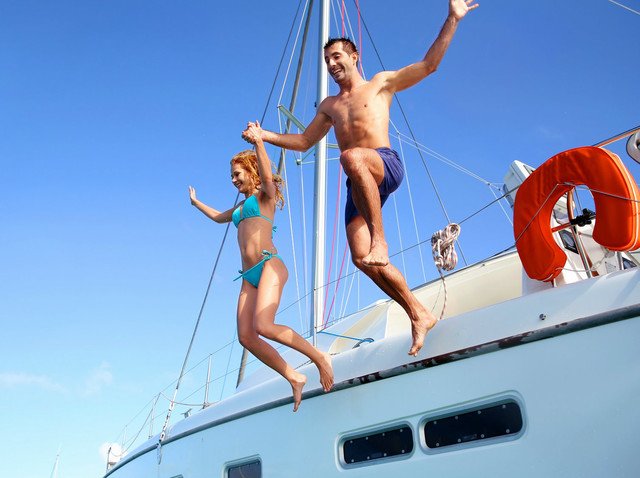 Now you are ready to set sail and hire one of these beautiful yachts in Croatia. 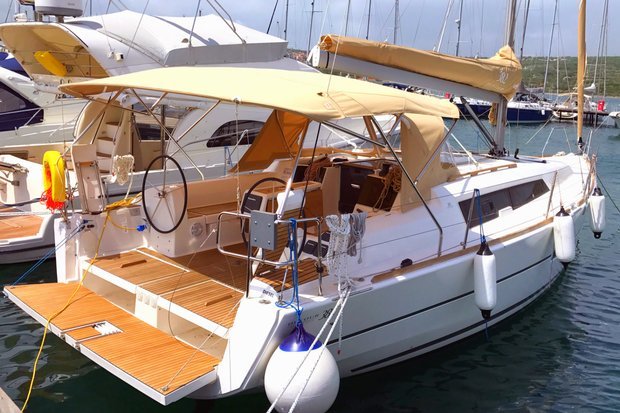 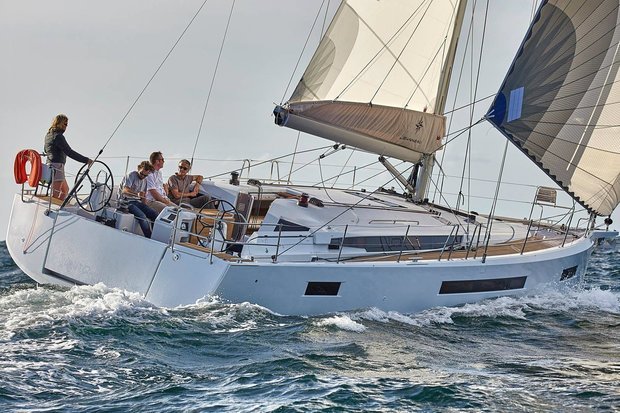 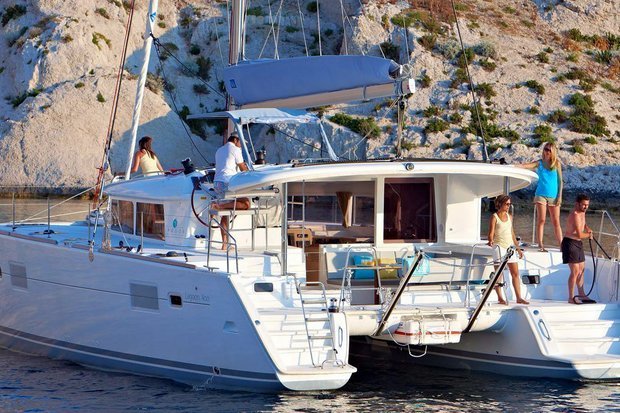